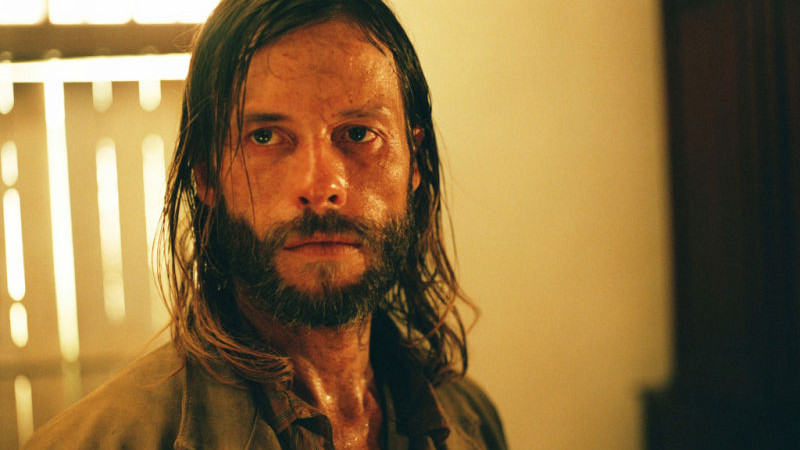 For the initiated, the western is only rivalled by science fiction for excitement. Yet it also has the capacity to tackle broader themes at the same time; and so within the sweaty confines of these westerns there are layers of cultural criticism, existential dilemmas, satire, comedy, history, revisionist history, politics and more besides. Some of these films are also interesting for their unrestrained violence and cynical world view, others for their commitment to the long standing traditions of the form, but most are marked by their departures.

This is one of the great spaghetti westerns. Like in McCabe & Mrs Miller, Corbucci set this bleak and bloody film in snow covered mountains. The cast is incredible. Arthouse darling Jean-Louis Trintignant plays the ever silent (hence the title of the film) wandering hero, who had his vocal chords cut as a child, and who now roams the west serving the downtrodden, albeit for a fee, for he is no Robin Hood. His counterpart is played by Klaus Kinski, perhaps better known for his collaborations with Werner Herzog, despite being a spaghetti western regular. Kinski’s villain is a psychopathic bounty hunter who relishes inflicting pain on the weak and vulnerable. These two characters worthy of Greek tragedy clash in the Utah mountains.

Commonly referred to as an orchestra, or ballet, of bullets, Peckinpah’s film stands up today as an exciting masterpiece, sweeping us up in the intrigue of its plot. Like many of the films on this list, The Wild Bunch deals with the modernisation of the west. The simple world of our protagonists who live by an old school code of honour is disappearing and they are being left behind. This makes them desperate and vulnerable, so like all of those squeezed into a corner they lash out and collide with the new establishment. In its day, The Wild Bunch caused, due to its success, and the melding of the cynical 70s sensibilities of New Cinema with the genre’s classical elements, a revival of the western which had died out in the Hollywood of the 60s and launched one of the eras distinctive cinematic voices.

3. Pat Garrett and Bill The Kid 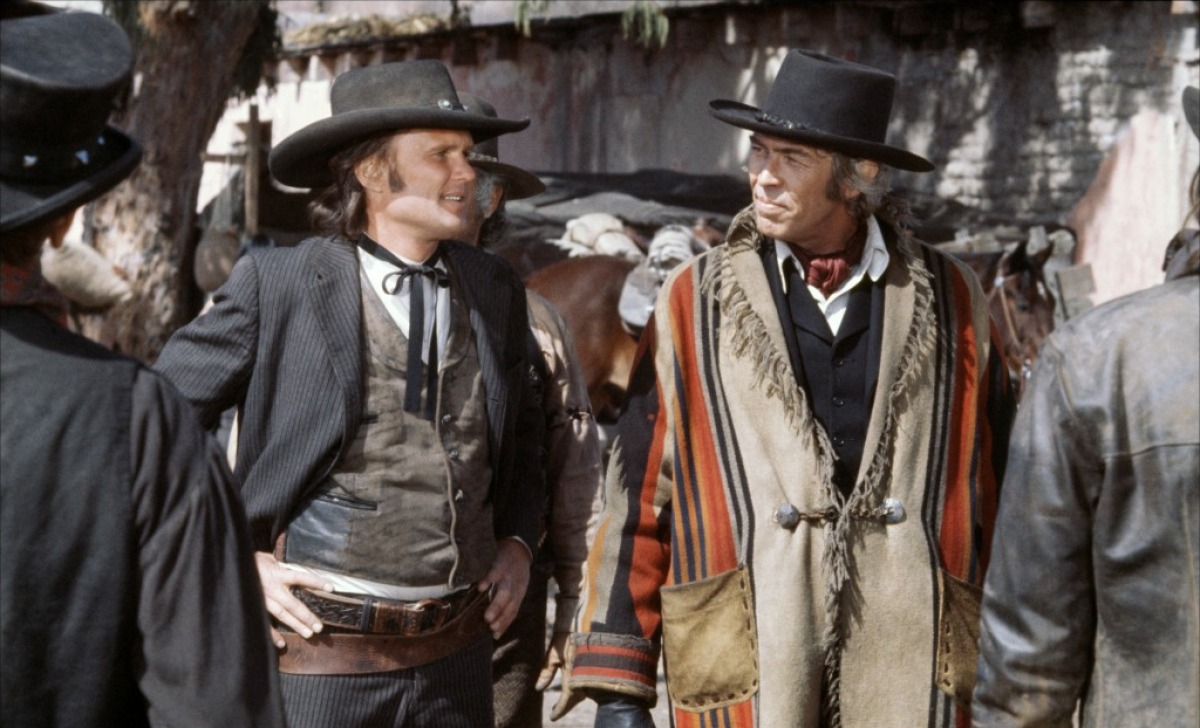 Another Peckinpah classic. This is a laconic western, lyrical where others opt for relentless action and certainly slower paced than the other Peckinpah film on this list. That’s not to say there isn’t excitement here, but it is cut up with existential quandaries. These are the last days of Billy The Kid. With his legend secured he kicks around the Mexican border evading the authorities and planning further robberies. Pat Garrett, his old gang member and father figure, has given up the life of crime and has taken a law enforcement position. Already tired and world-weary and looking to settle down, he is tasked with bringing The Kid in to answer for his crimes, he being the only one deemed capable of the job.

The film focuses more on Pat Garrett, played by the ever swaggering James Coburn, as he grapples with the nature of his position and the knowledge that The Kid will never give himself up peacefully. The soundtrack was done by Bob Dylan, cast as a knife throwing outlaw who falls in with The Kid and his gang.

This is a violent one. It opens with the murder of a family and quickly gathers the elements of a revenge caper: a young survivor (John Philip Law) consumed by rage, a veteran mentor figure (the maestro, Lee Van Cleef) who admires the kid and watches out for him, and a band of villains who live up to their mantle of casual violence and mindless cruelty. The trajectory of the plot is crazy, in a good way.

Between numerous shoot outs and flippant tough-guy exchanges, the two heroes’ are variously snared and freed from numerous traps as they individually seek the same prize. One of the film’s great assets is, of course, Van Cleef. He is endlessly watchable, especially in extreme close-up as his wrinkle-cracked face rises into a condescending smirk. In short, Death Rides a Horse has it all.

In ghostly black and white William Blake (Johnny Depp) travels into the west to take a job. When he arrives he learns his position has been filled: the first of numerous indignities and misfortunes to be thrown the way of this fish out of water. This is a journey film, and like in many of Jarmusch’s movies, the characters are on a quest. It may not be clear just what the object or destination of this quest is, but that’s beside the point.

Our hero is never static, always on the move. He even has a spiritual guide, the Native American Nobody (Gary Farmer). We quickly see that his wanderings are taking on a supernatural aspect. Part of the fun here is trying to figure out what is really going on, where are these characters leading us and why. There is an element of surreality throughout the film. The fuzz of Neil Young’s guitar soundtrack further carries this stylised western into the realm of dreams.