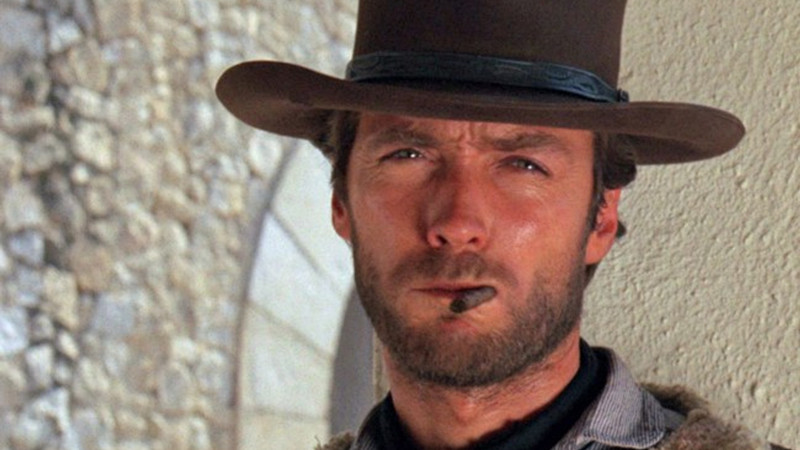 When talking about movie soundtracks, a lot of names could come to mind, but it’s likely that one of the first to emerge is Italian composer  Ennio Morricone. Born in Rome in 1928, he excelled in writing some of the most memorable soundtracks in film history and working in a wide variety of genres with the most diverse directors including Pier Paolo Pasolini, John Carpenter, Sergio Leone, Brian de Palma, Samuel Fuller and many others.

Morricone’s tracks always feature prominently in the films he plays, almost as a character, and perhaps it is in his works in the western genre – especially with the “spaghetti” subgenre – that we see this highlighted even more. Throughout his brilliant career, Morricone has composed the soundtracks for nearly two dozen westerns, and the following list contains some of those that stood out not only for the quality of the films, but also for their relationship between the narrative and the music.

“Death Rides a Horse” is one of the several westerns that bet on a plot of a character’s childhood trauma to trigger a desire for revenge that will guide its protagonist’s actions throughout history. In the Giulio Petroni movie, the vindictive man in question is Bill Meceita, who as a boy had his entire family murdered and his house burned in front of him by four bandits and who now, 15 years later, wishes more than ever to avenge the death of his family, having spent all of this time training their gunslinger skills and memorizing a specific trait of each of those bandits.

In the middle of his journey, Bill will meet Ryan, the man who was responsible for preventing him from having the same fate as his parents and sister. Ryan had just been released from prison after being there for 15 years because of one of the men responsible for the murder of Bill’s family, and who now also wants revenge, eventually joins forces with the young man.

Each of the four bandits sought by the protagonists is now in much more favorable financial and social situations, which will make it even harder for Bill and Ryan to act. “Death Rides a Horse” is a film that very well emulates the recurring theme of a young man joining forces with an experienced gunslinger to quench his desire for revenge, and the score composed by Morricone is hugely featured in some sequels, with a special emphasis on the arrangements in which he elaborates a complex mix of choral singing with percussion instruments that accentuate the tension of the dueling scenes. 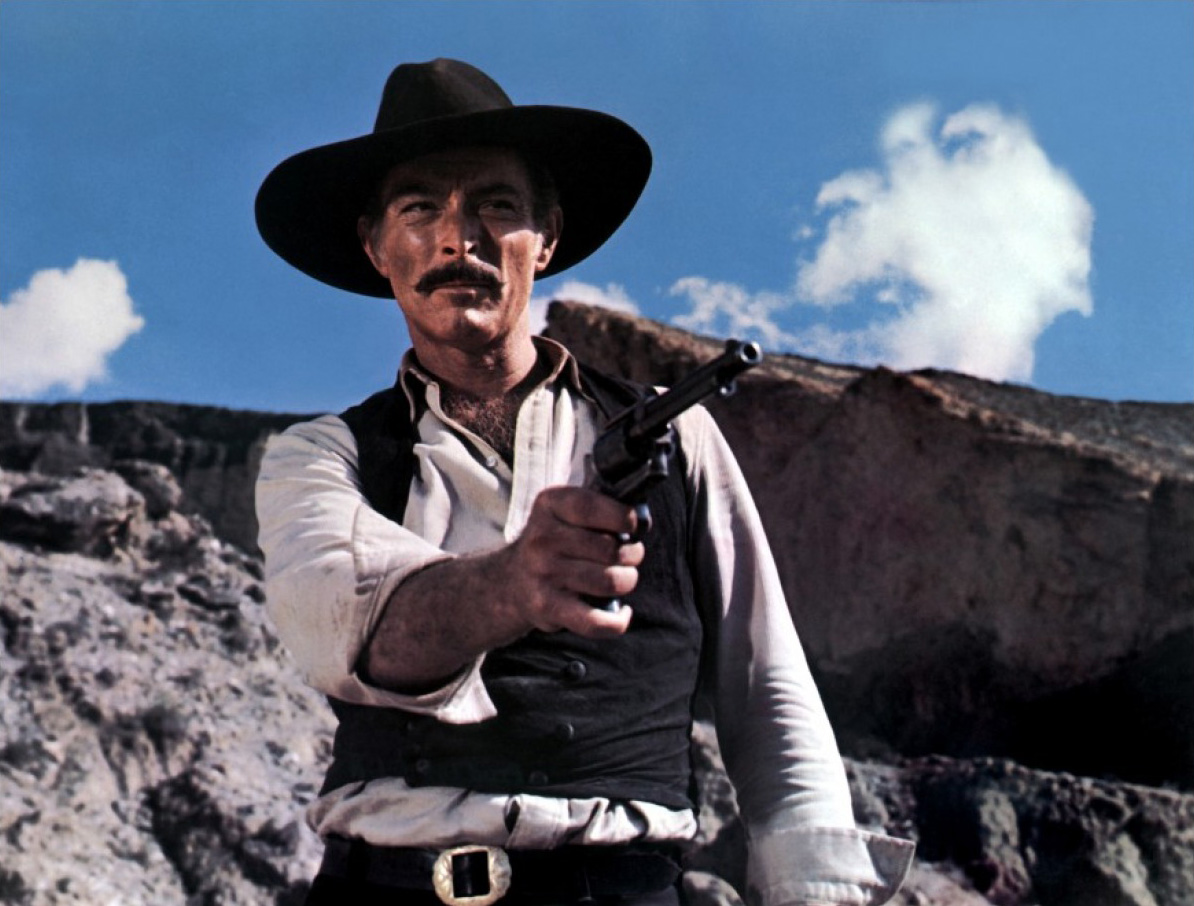 Two of the most recognizable and iconic actors of the genre, Tomas Milian and Lee Van Cleef, are the protagonists of this western with a political background directed by Sergio Solima. In “The Big Gundown,” Van Cleef plays Jonathan Corbett, the most talented and effective bounty hunter in the west, while Milian plays Cuchillo Sanchez, a young Mexican wrongly accused of committing a crime.

Taking advantage of Corbett’s popularity among the people because of his reputation as a gunslinger, a wealthy and self-interested businessman decides to finance his entry into a political career, convincing him to run for the Senate. But in the midst of this he begins a disputed persecution over Cuchillo Sanchez, a young Mexican man unjustly accused of raping a 12-year-old girl. Due to his skills in knife management and escape strategies, Corbett struggles to capture Cuchillo, making them both play a true cat-and-mouse game.

There is a strong ethical and political discourse behind Corbett’s decisions and discoveries throughout the film, as his notions of justice, honor, and interest gradually change. However, the film also has a comic vein, which stands out mainly in Cuchillo’s moments of escape, which become increasingly absurd as the narrative progresses, and it is also in these moments that the beautiful score composed by Morriconne is highlighted, punctuating the dramatic tone of each scene, whether comic or serious. 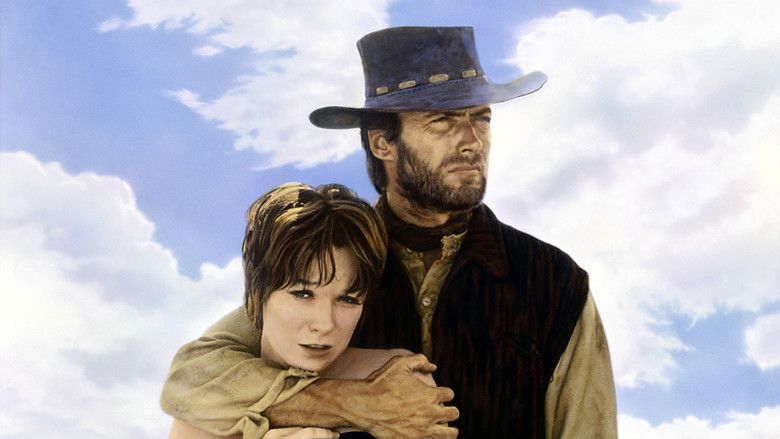 Set in Mexico in the 19th century, in “Two Mules For Sister Sara” Clint Eastwood plays an American mercenary named Hogan who, amid a reconnaissance mission to a French headquarters that he later intends to invade; he ends up meeting Sara, whom he saves from molesters who attacked her. After the rescue, Hogan discovers that Sara is a nun engaged in the Mexican fight against Napoleon III’s French troops, a fact that further piques the interest of Hogan, who decides to protect the woman and accompany her on her journey across the Mexican border.

“Two Mules For Sister Sara” is one of the many westerns to feature one of the Mexican revolutions as a backdrop, but it stands out for its well-structured narrative; the story was originally written by Budd Boetticher, a well-known western director of films such as “Ride Lonesome” (1959). This not only brings us back to the historical episode with its good dialogue, but maintains the action, which is lulled by the excellent performances of Eastwood and Shirley MacLaine, who show a rare harmony with each other.

In addition, there is the excellent soundtrack composed by Morricone, who uses here a number of Indian musical instruments, such as tablas and sitar, to build the songs of the film.

“Nobody” is the name of one of the protagonists of this film directed by Tonino Valerii, played by Terence Hill. As a child, he witnessed one of the many memorable performances of Jack Beauregard, considered the most feared gunslinger in the region, and has since been idolized and trained to become as talented as he was. Now, as an adult, Nobody is faced with an aging Jack, who is thinking more about ending his stressful gunslinger career and being able to spend the rest of his days resting peacefully in Europe.

However, Nobody refuses to miss the rare and long-awaited opportunity to perform alongside his great idol, and tries to do his best to help him confront the dreaded The Wild Bunch, a gang of 150 thugs that terrorizes the region. Jack needs $500 to embark on his ship to Europe, and ends up engaging, albeit unwillingly, in the battle against the bandits.

The film has a comic tone that runs through much of the narrative, especially in the moments played by Nobody, who stands out for his carefree and cocky manner, and for always trying to subdue his opponents. Morricone’s music in these moments is something that stands out, accentuating the unpretentious character of some scenes and showing a lesser-known facet of the composer.

One thing that stands out in this regard is the beautiful relationship that gradually develops between the two protagonists; Nobody seems to be able to easily take advantage of anyone except Jack, whom he idolizes and respects. 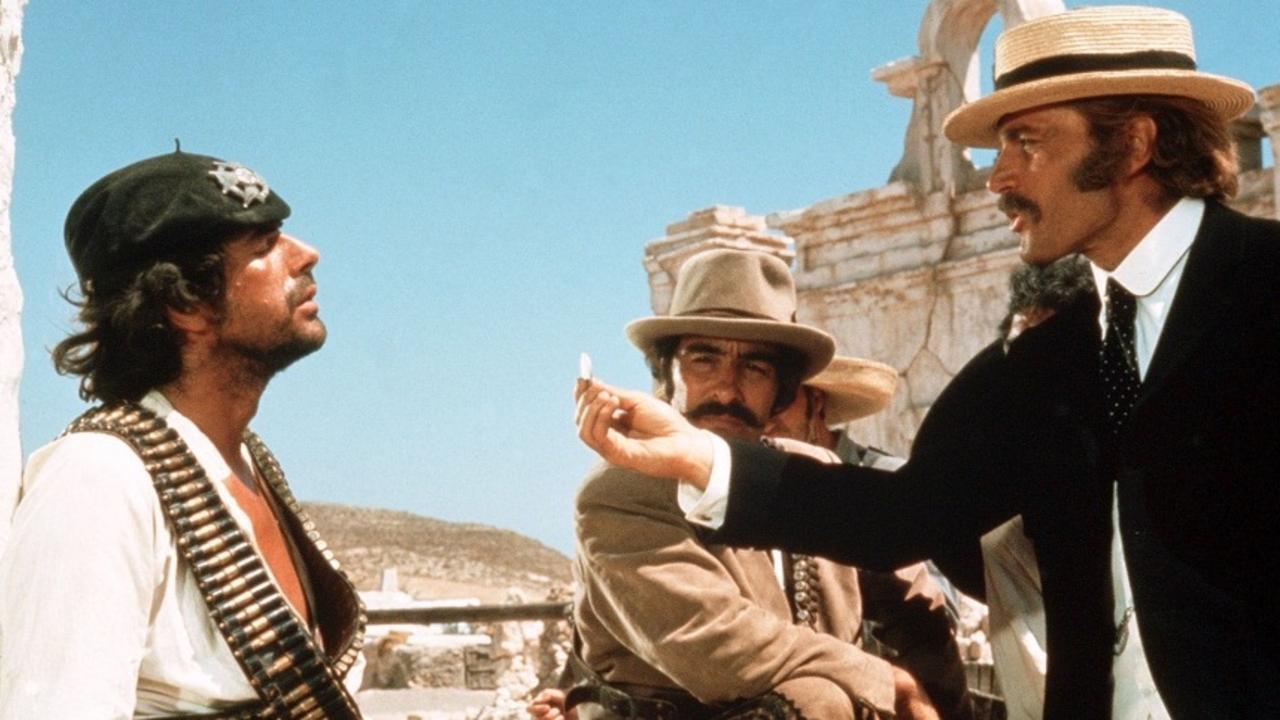 Counting on the historical episode of the Mexican Revolution as a background, “Companeros” tells the story of the Swedish man Yodlaf Peterson, an arms dealer who comes to Mexico with the intention of selling weapons to General Mongo, an ambitious leader who aims to seize power and establish a dictatorial government, probably even more cruel and harsh than the one already established.

Yodlaf eventually meets Vasco, one of Mongo’s men, who along with him embarks on a search for the whereabouts of Santos, the intellectual mentor of another revolutionary group, who preaches the ideal of nonviolence and counts mainly on young people among its participants. However, amidst the pitfalls of the road, Yodlaf and Vasco end up switching sides and turning against Mongo’s forces, especially after getting to know Santos himself, as well as Lola, one of the guerrillas fighting Mongo.

Both Peterson’s character, played by Franco Nero, and Vasco’s character, played by Tomas Milian – both important actors in many western films – are two rascals who seek above all to take advantage of others, but gradually seem to be rendered to the justice of the cause of saints. The comic moments of the film are accentuated by the relationship between the two, which is troubled from beginning to end.

Also noteworthy are the iconic characters of Corbucci, who in addition to the protagonists include the enigmatic John, a man with a hand of wood who walks all the time with his hawk and who wants to take revenge on Peterson for a betrayal in the past. The main theme of the film, composed by Morricone, appears in various moments of the narrative, especially in the fight scenes, and has elements typical of Mexican music to pack the revolutionary narrative.