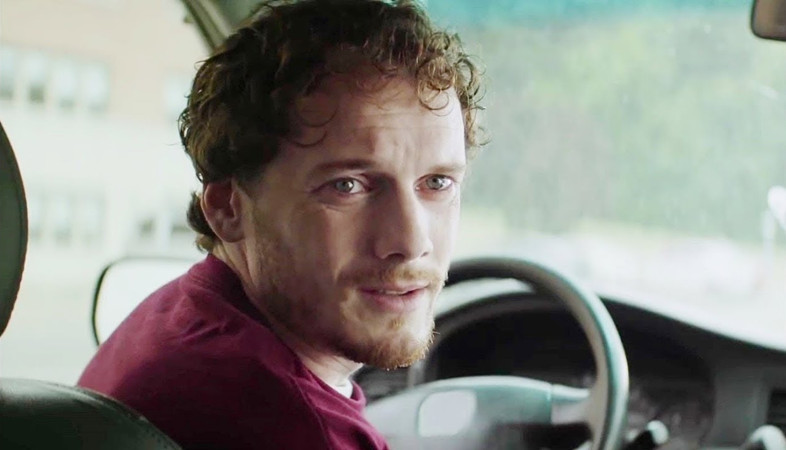 The first half of 2018 has been nothing short of spectacular. With a series of critically acclaimed blockbusters and multiple billion-hitting releases, fans all over the world has been entertained more than they have hoped for. But the film industry isn’t just revolving around these high-budgeted films from big production companies. Even with the award season still very far from our reach, the indie scene has been on a tear in the first two quarters of the year.

Every year, there are tons of under the radar films that are both loved by the critics and viewers, but not enough people get the chance of seeing due to distribution conflicts and personal reasons as well. This list will surely give you a worthy marathon of great overlooked films that were opened to the public in the first half of the year. These movies might not be among the best of the best in history, but they are some of the best this year and will surely not waste your time. 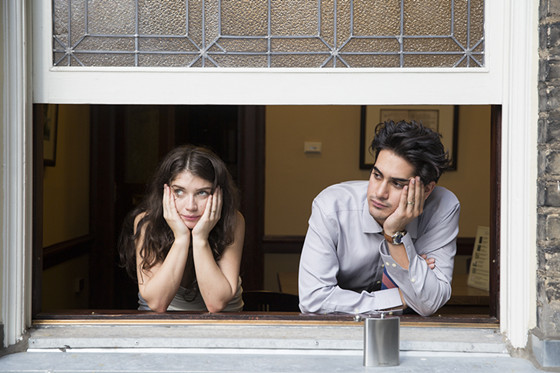 Paper Year might be Rebecca Addelman’s directorial debut but she’s been in the business for years as a writer and this film is a testament to that experience. This well-written indie film made a typical story very realistic with the balance of humor and serious discourse which is amplified by astounding performances by Avan Jogia and Eve Hewson.

The story of this young couple Dan (Jogia) and Franny (Hewson) who got married with no assurance is a fascinating mirror of truth about most juvenile and naive relationships. With enough humor and sweetness, this romantic drama wasted no single moment in capturing the authenticity of both infatuation and immaturity that aggravates every challenge that comes along in every young couple’s way.

It is evident that this film isn’t trying to be anything new but its execution and vivid writing is enough to commend such a simple narrative. This movie might not draw new faces to the group, but the fans of romantic genre will certainly enjoy this refreshing and heart-stopping emotional journey.

With the success of films like 12 Years a Slave and Mudbound, the appeal of conflict between black and white people in a period drama setting has been consistent. Despite its less popularity, Warwick Thornton’s Sweet Country is not less in quality. In this Australian crime drama set in the early 20th century, justice is shown to be alive, but humanity is in doubt.

This well-shot drama tells the story of a blackfella named Sam who is in deep trouble after killing a white man due to self-defense. His plan of running away suddenly changed when confessions started to unravel. He must win over the law and of men, but chances became stingy on him as things went south just by the time things are starting to look right.

For the most part, movies that showed slavery ends with victory. This is no different, but this movie had the guts to go beyond the victory to see if there’s really something as such. Maybe for some, but this certainly does not. As much as this movie can break hearts, give joy and appreciate life, it was able to show aspects of reality when most slice-of-life kind of film tend to go superficial. A simple premise with a compelling conflict turned this movie relevant today as it could be in the past, not just in a racism perspective but in any form of human cruelty. 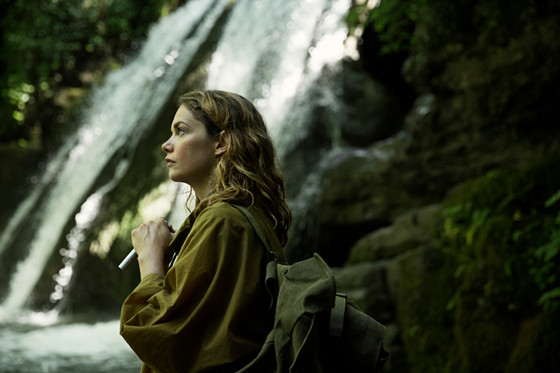 Clio Barnard’s latest entry is a slow-burnt heavy drama that is depressing in every turn. Loosely based on Rose Tremain’s 2010 novel Trespass, this film is beautifully acted with well developed characters played by Ruth Wilson and Mark Stanley that turned a simple but emotionally deep story into a heavy-punch drama.

The movie follows the story of Alice Bell (Wilson) who went back home for the first time after fleeing 15 years prior to takeover the tenancy of the farm after the death of her father. Everything went awry as her move started a dispute with his brother Joe (Stanley) which led to a chain of events that got out of hand. Alice has to fight for her goal to takeover while dealing with her past experience that continues to haunt her reality.

The exquisite cinematography and perfect use of natural sound helped not only to put the story in perspective but also contributed in a major way in establishing the ambience of a secluded and gloomy territory. This film of visuals and color expressions perfectly translated the sad emotions into a rough and cold frame that ran consistently throughout the movie.

It may turn people off with its slow pace, but admirers of slow movements will surely love this piece of art. Despite its dragging parts, the mystery that clothed the entire storyline is worth diving for. 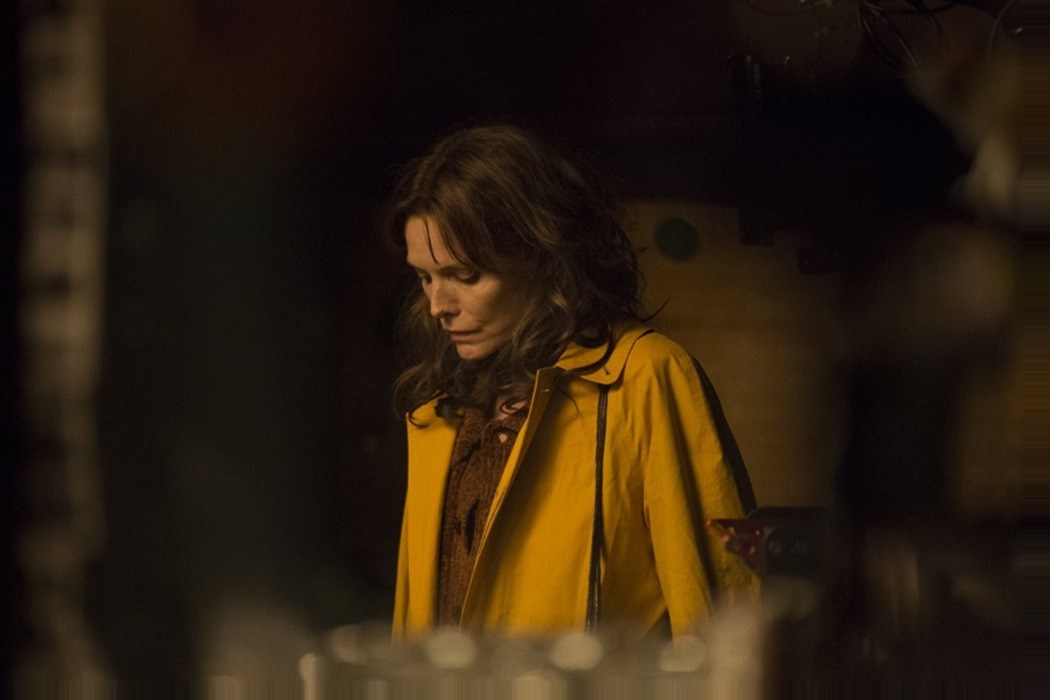 Andrew Dosunmu’s latest film is a dark and thrilling drama that reflects to a lot of real-life situations in dealing with desperation. The Mother of George director returns with a heart-stopping story of grief and survival. This movie marks the best performances by Michelle Pfeiffer and Kiefer Sutherland in such a long time.

Kyra (Pfeiffer) is a divorced woman who has been struggling to find a new job while taking care of her ailing mother Ruth until her death. They both live by her pension checks but with Ruth gone, Kyra must find a way to survive the hunt for livelihood while getting caught up between her risky runs and a new lover (Sutherland) that made her question her morals.

This movie is a great character film. It revolves around one person and the development is so clear that the audience can see and feel what she’s going through. This character’s development and thrilling vibe of depressing chain of events are well captured with the help of talented cinematographer Bradford Young, who also worked with Dosunmu in his two previous films as well as other directors such as Denis Villenueve, Ava DuVernay, Dee Rees & Ron Howard. Where is Kyra is definitely a film that perfectly captures a person’s struggle in finding a way to live through adversity that many people will find engaging. 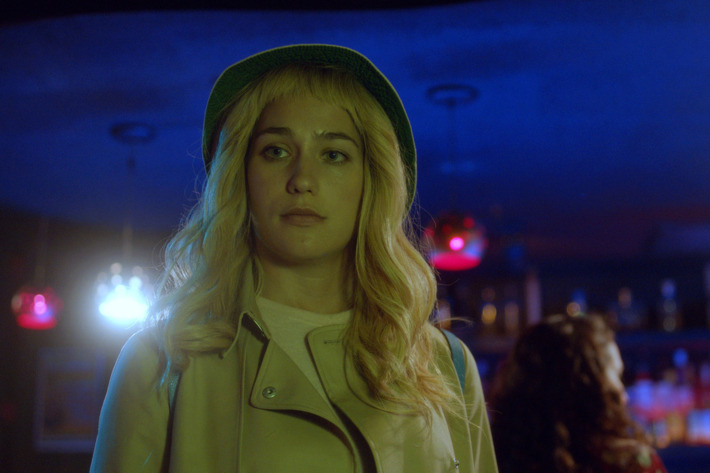 Aaron Katz’s latest written and directed film is very divisive among critics and audience which made it more interesting. Gemini discusses a very fascinating issue in the entertainment industry: the toxicity of fandom and idolatry. This mystery-noir film is constructed to either surprise or disappoint you, which if combined, is a whole new experience.

When Hollywood starlet Heather Anderson (Zoe Kravitz) decided to stay away from the spotlight of LA for a brief period of time, she and her best friend and assistant Jill (Lola Kirke) encountered something odd. When a die-hard fan of Heather strangely approached both ladies, things went sideways that led to the starlet’s alleged murder. With no one close enough to know what happened, Jill must find the truth and at the same time, clean her name from being the top suspect before Detective Ahn (John Cho) locks her on a crime she didn’t commit.

This dark mystery that features one of Lola Kirke’s greatest performances is a reflection of today’s ridiculous state between celebrities and their fans that often takes entertainment beyond its limit. It questions the strength of the wall separating publicity and privacy which is a very compelling issue to explore.